Ten reasons why I explicitly refuse to hear “the other side” of the porn/prostitution debate:

1) Before creating my website Against Pornography (which I had created before this blog), I had compiled many informations I had researched. The research I'd made on pornography and prostitution led me to the conclusion that pornography and prostitution are undeniably harmful and indefensible IMHO because, simply put, the level of harms done to women and children is way too high! Which was my motivation for creating an anti-porn site in the first place. And I've compiled the informations I had researched which led me to that conclusion here and there. My anti-pornstitution stance is based on thorough research, not mere guesses. I became an anti-pornstitution feminist due to my research and findings on the harms and there is no going back!

2) You are renouncing your humanity and empathy by refusing to acknowledge the FACTS that human beings are harmed in porn/prostitution and by pornography. This is atrocious and sickening! And this is one of the major reasons why I refuse to hear you. As a fellow anti-porn blogger recently told me: “Pro-porners have labeled themselves "sex positive" in a deliberate conflation of sex with pornography. It allows them to dismiss those who criticize pornography as "sexually repressed." I, on the other hand, see the pro-porn crowd as ethically repressed, morally bankrupt, self-serving perverts that don't give a shit who gets hurt as long as they get their masturbatory material.”

3) You wouldn't go to a pro-abortion site and expect to hear the “other side”. These people are presenting their side! Good debaters take the arguments of their opponents and respond to them, which is exactly what I have done on my website and my blog. The FAQ's section of my site gives answers to major pro-porn questions and arguments. This is what free speech is about: the right to take a side! There are many pro-porn websites which do not allow us to be heard. I know that there are also “sides of the debate” sites where somebody who is undecided can find both sides going at it. However, this isn't the case here: I have fully recognized the harms of pornography and prostitution.

4) There are many MORE sites on the Net which defend pornstitution (and so does the mainstream media and culture) so, personally, I do not see anything wrong in having exclusively anti-porn/prostitution sites which fight back and give safe spaces to those who are/have been harmed and to those who understand, recognize or are interested in finding out about the harms (without having to hear the old tired "pornography's harmless, etc." arguments we hear in everyday life).

8) In a male-supremacist, capitalist society, the First Amendment protects only those who can exercise the rights it protects. My website and my blog aren't arguing whether pornography should be protected by the First Amendment or not. The facts that my website and blog show is how pornography keeps women and other people who have been harmed from exercising their rights to free speech. And I'm sick of pro-pornstitution folks acting like their speech is being suppressed during one of the few times we get to be heard!

9) You are making up excuses of “being censored” (while you can have your free speech in more places than us) because you are scared and worried that if people find and read my anti-pornstitution web pages on the Internet and these are not countered with glowing reviews of the 'sex' industry, some people might start seeing pornography and prostitution for the detriments these industries are to women and children!

10) As rad fem blogger Captain Vanille recently wrote in her post Language, Definition and Privilege:
” "Pro-free speech" and "anti-censorship" are also misnomers; the vast majority, if not all, of anti-pornography feminists do not advocate censorship as a solution to pornography, but instead education with a goal towards a society-wide boycott of pornography and prostitution. It would appear, then, that the propaganda aimed towards silencing anti-pornography feminists is designed to be against the education of people about pornography; this is perhaps so, but a far more striking implication of this is that pro-pornography people do not want to know the truth about anti-pornography feminists; they simply want to hate us, as has been the historical privilege of the ruling classes. That is the point of all of this. Pro-pornography people are not making these terms and beliefs up to propagandise others against us; they are making these things up for themselves so that they can dismiss us.”
Posted by Maggie at 09:44

Thanks for taking the time to write this! As you probably know pro-pornstitution people don't get to speak on my blog either, but I just haven't got the patience to explain why all the time.

Next time one moans about being "censored" (yeah, it's my blog, I decide what goes on it!), I might just direct them to this post! :) xx

And I'd also like to add that I have better things to do than wasting my time arguing with pro-pornstitution folks. Which is another reason why I posted this: to make it clear once and for all why they aren't worth wasting time arguing with!

Good for you, Maggie! One thing that annoys the pro-pornsters more than anything is being ignored- they do not have a right to our attention. I don't expect to see 'our side' represented on their blogs, why should it work the other way around?! The egotism can be quite incredible, particularly those 'leftist' men who think that screaming abuse at us is a valid form of argument (my usual rant!)

We don't have to submit to their terms, or feed their vanities. We have to try and change the world in whatever small way we can.

Your definitions of pornography versus erotica are very good. I am a white male and I personally have never liked the depictions of women in porn. I don't know why anyone really would. Women (and to a lesser degree men) are almost always portrayed in either a ridiculous or degrading way. It turns my stomach and I can't understand why it has to be produced that way. I enjoy viewing the female form and think it is one of the most beautiful things in nature, but society has really screwed the whole thing up. Maybe I'm the exception to the rule, but I've always needed some sort of emotional and intellectual connection to even physiologically perform the act, and couldn't imagine just poking away at something that I thought was a piece of meat. I always thought of it as two people becoming one for a brief moment, so I never thought about doing that with someone I didn't feel close to. I never wanted to control anyone either. I have enough trouble managing my own life and thinking for myself without having to think for another person too. Unfortunately everything in our society though seems to be geared towards controlling people in one way or another, so I've never really been that successful wading through it. Anyway, thanks for the research and insight!

Maggie, this is great and I'm glad to have found your blog!

What is this thing about views from the 'other side?'. If I want the other side, all I have to do is open a newspaper, like the Tucson Weekly, turn on the TV or go to a movie. The 'other side' is everywhere. We need more of this side. 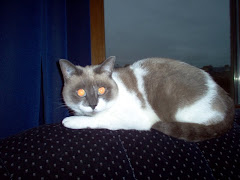 The blog of Maggie, creator of the feminist anti-porn web site Against Pornography at https://www.againstpornography.org/

WARNING: Parts of this blog may be triggering.

READ THE RULES:
I have heard about malestream opinions and values my whole life. Struggling to live within such a difficult, misogynistic culture, I do not have the patience to argue with people who will endlessly defend the pornstitution industry, malestream ideology and/or anti-feminist morals & values. Therefore if I get any comment which is either pro-porn/prostitution or in any way offensive, I will have to delete it and it will be a great pleasure for me when I will push the “reject” button. The same applies to any comment which (I will be able to tell) shows that the person has no genuine interest in what I write apart from trying to pick a fight in the comment section (in other words, any comment including an unfriendly tone or a defense of patriarchal values will be deleted). I have no time to engage in any ‘debate’ with people defending male sexual exploitation of women; I want social change! This blog is not for defending pornography, stripping, and/or prostitution. This is an anti-porn blog. Pornography and prostitution are indefensible. The level of harms done to women and children is way too high!

This feminist blog is a venue for people who are pro-woman and who do recognize the harms of the 'sex' industry, or who at least acknowledge that pornography "might be harmful". It is also a way of expressing my anger about living in an awfully patriarchal society, in a world that doesn't take violence against women seriously.

Please avoid posting religious comments. I can fully understand that many of you (in such a depressing world), needing something to hold onto and to believe in, often turn to (unfortunately patriarchal) religions. However, please respect the fact that I am secular (and this is a non-religious blog) by not sending any religious comment(s).

P.S.: You don't necessarily need to be a Blogger member to leave a comment, but please try to choose a nickname when you post (if you can).

Rad Fem (more about me)

Have you ever been harmed by pornography? - Please send your personal story anonymously here 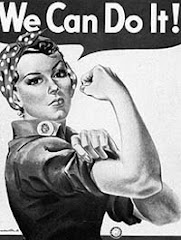 A Language Invented by Patriarchy

“. . . it is necessary to grasp the fundamental fact that women have had the power of naming stolen from us.”
-- Mary Daly.

“. . . men have the power of naming, a great and sublime power. This power of naming enables men to define experience, to articulate boundaries and values, to designate to each thing its realm and qualities, to determine what can and cannot be expressed, to control perception itself. . . Male supremacy is fused into the language, so that every sentence both heralds and affirms it. Thought, experienced primarily as language, is permeated by the linguistic and perceptual values developed expressly to subordinate women. Men have defined the parameters of every subject. All feminist arguments, however radical in intent or consequence, are with or against assertions or premises implicit in the male system, which is made credible or authentic by the power of men to name. No transcendence of the male system is possible as long as men have the power of naming. . . so feminists will have to steal the power of naming from men, hopefully to better effect. . .”
-- Andrea Dworkin.

Maggie
I'm Maggie. I am the radical feminist creator of the anti-porn web site Against Pornography at www.againstpornography.org/ I am anti-misogynist, anti-racist, anti-homophobia, anti-patriarchy, and anti-capitalist. I am strongly standing up to pornified culture and sexism. I am determinedly anti-pornstitution. I am appalled by all the atrocious ways so many women and girls suffer inside and outside of the 'sex' industry. This is why I am against this whole patriarchal pornographic/prostitution culture. I encourage people to recognize the harms of pornography and prostitution. I want women and children to be free from harm, abuse, violence, and exploitation. 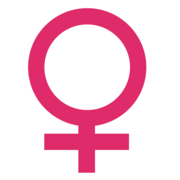